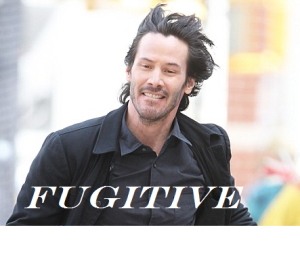 Even though John woke up exhausted, the fact that Angela was still in his arms invigorated him. He kissed her forehead. “Morning.”

She sat up. “Good morning,” she replied with a smirk. And it turned out to be a very good morning…

As lunch time neared, hunger pulled them out of bed. Their typical lifestyles leant more to a nightlife anyway and they assumed Geneva would have much to offer in that capacity. They dressed and headed out to find a café. After a jaunt down the Route De Meyrin, one they hadn’t quite planned on but the cabby didn’t speak English, they settled on a quaint little place The Rhone. After several cappuccinos, they decided to walk a bit through the city back toward their hotel. It was Angela who eyed the sign first, written in several languages to attract a crowd:

“Come see the Holiest of Relics, gathered from the many Cathedrals and Basilicas of Europe, now on display at the Basilica-Notre Dame, Geneva!”

They gave each other an inquisitive look and then burst out laughing. Not this time. And never more for all John cared. There was also a huge line. Seemed like everyone was out to see whatever was in there. But instead, the happy couple stayed linked arm-in-arm, and continued walking.

A warning siren erupted from the church. If those sounds were anything like the ones in America, there was a fire inside. The Basilica must have been packed because the streets were immediately crowded with everyone that had been inside. Then John felt it. A tingle on the back of his neck. A seemingly familiar itch that begged to be scratched. Angela noticed it but reigned him back. No words were said, just another passionate kiss. And then a blast.

The wave of it knocked most in the crowd over. Alarms everywhere went off. Flames shot out of every window that broke. The steeple looked like it might fall at any point. Security that had been onsite ushered everyone around and away from the building. One very old priest tried to run back inside wailing the while time. Then it hit everyone, whatever had been inside was clearly no more. A man nearby fell to his knees in prayer. Even though they couldn’t totally understand his words, his message was clear – “Why God? Why?”

If you missed part 1 – read it HERE

For the previous installment – GO HERE

For the next chapter – GO HERE

If you liked this and would like to read the complete prequel, Angelkiller, go HERE