This is written as a sequel to my previous fan-fic tale Angelkiller but could be read as a standalone story.  It stars Keanu Reeves again as John Constantine and other characters you might be familiar with.

John needed a vacation. In the last couple weeks, he’d battled the minions of Heaven and Hell. He’d rescued the Spear of Destiny from falling into the hands of the Son of Lucifer and creating a new Hell on Earth. If that hadn’t been enough, he had just stopped a rogue, former priest from declaring all-out war on Heaven and Hell through spiritually driven weapons. Well, he hadn’t really stopped him. It was Papa Midnite who had saved John’s hide by toasting Perkins with a fireball. John gritted his teeth at the memory. He hated owing Midnite a debt like that. He knew he’d rue the day that favor was called in.

But now it was decided, a vacation it would be. But where to go? The beach wasn’t his thing. He wasn’t about to brave any tourist trap. He just wanted to go someplace he could relax. Someplace that he wouldn’t have to get “involved” – but where? He couldn’t think of anywhere so decided maybe it didn’t matter. So fine, beach or tourist trap it was. He reached into his pocket to pull out a quarter to flip for it. Emptying his pockets on the table his Swiss Army knife was amongst the gum wrappers, change, and lint.

Switzerland… they didn’t like to get “involved.” It sounded perfect. He grabbed the duffel bag that normally held holy relics and weapons and emptied it onto his bed. Instead, he filled it with duplicate of the clothes he already wore – he was a man of simple needs – passport and cash. He was bankless. Good enough, he thought. Now to the airport.

John exited his apartment and while his back was turned to lock the door, he was startled hearing his name called from behind him. He instinctively dropped his bag and turned to grab it, to defend himself from his attacker. But before he could he was the one spun and pinned against the wall. Stunned for a second, he looked into his assailant’s eyes, those beautiful brown eyes he’d been lost in before.

“Hi John,” Angela Dodson said with a smirk but tears in her eyes. “Cop reflexes,” she said releasing him. 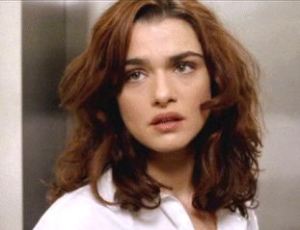 “Be a cop.” This was a conversation better had somewhere else.

They grabbed coffee at the lunch wagon and took a seat at a nearby bench. “I’ve tried to forget what happened,” she said starting the conversation, “but I can’t. I’m second guessing my instincts and… and…” she started to cry. John put a comforting hand to her shoulder. “And that got my partner killed…”

John had heard the news on the radio. Anytime an L.A. cop got killed it was too big of news to avoid. Seems a pair of detectives had gone out to question a suspect. They hadn’t had enough cause to worry about them so it was conducted nonchalantly in the suspect’s home like so many other interviews are done. The suspect pulled a gun that was tucked in the couch cushions out and shot. They assumed the male detective the bigger threat so he was shot first. Before the suspect could shoot the female detective, she managed to kill the attacker. That female detective had been Angela. The media had never released her name.

“I’ve been cleared of any wrong-doing and am on ‘leave’ for the time being. I don’t think I can go back there John, I don’t think I can do that anymore,” she said. It was at this point she noticed the bag he’d carried the whole time. “I’m sorry, were you going somewhere? If you’re in the middle of a case…”

John interrupted her. “No, no. I need a break too. I suppose you heard about the last week?” Even amidst her crisis, a good Catholic couldn’t help but have heard about Perkins. She nodded ‘yes’. “So I’m getting out of here, I was actually on my way to the airport when you stopped by.”

“Where you headed?” she asked wiping her eyes with the handkerchief he’d handed her.

Silence, for an odd moment. Then she spoke up, pointedly. “Can I come?”

Stay tuned for future installments.  If you liked this and would like to read the prequel (written as a sequel to the film Constantine) go HERE.