One more week, one more awesome episode. I do believe that Constantine has gotten some of its kinks worked out at this point. We are now in week six and were given another amazing episode. The Rage of Caliban centers on John’s quest to rid a child of a demon that possesses him. This puts him at odds with the child’s parents and his own reluctance to work on children – a la Astrid – the girl he exorcised and inadvertently sent to Hell. 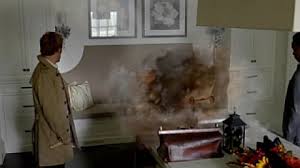 John uses another relic to investigate a spiritual crime scene. The smoke recreates what has previously transpired.

We keep getting sneak-peaks into the world of the occult without being asked to know too much going in. Case in point, the “mill” – their HQ in the wild. Jasper, their colleague whose daughter is saved in episode one, established a sanctum for his occult treasures. In one scene in this week’s episode, Chas begins waving a sword around. “What’s this do?” he asks. Then he goes on a tirade pouting that John won’t let him be more friendly and personal in their conversations. John comes up, takes the sword away, and says “Whoever holds this sword, is forced to tell the truth.” Classic. Second case, they discuss the idea of “ley lines,” which are said to be pathways of mystical and magical energy. The railroads of the spirit world in our realm, as John calls them. Again, occult lite – but very nicely included. 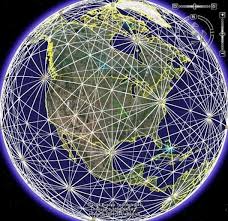 While this week was without Zed, Chas played a larger role. I’m still not 100% sure of his place in this series, but I don’t dislike having him in there. One addition this week, lacking from last week, was more Harold Perrineau. The orange-eyed angel appeared, reappeared, and cues John in a bit more to the “rising darkness” that keeps getting mentioned. While John and he are clearly at odds, “Manny” offers a nugget – while he can’t intervene, he can offer guidance. In a very neat scene, John seems to think he’s been on his own before and wouldn’t need angelic intervention. Manny asks – “How do you know I wasn’t there when you dad burned you with his cigarettes?” And so on. This causes quite a rise in John, scratching at a clearly, old scar, but offers a great glimpse into more of who John is. 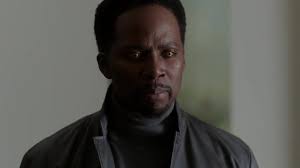 And I sincerely hope they decide to keep the show going. It is really just getting good. Amidst rumors of cancelling the show after its first eight episodes, a flurry of fan-based petitions have been started to keep it going. Matt Ryan, who portrays John, can even be seen promoting it via Twitter:

Next week’s episode is titled “Blessed are the Damned.” Sounds very promising. I’ll be watching and suggest you do too.