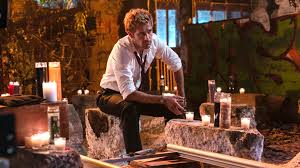 In the fifth episode of NBC’s Constantine, I found another gem. The storyline is now evolving a bit and is allowing us some Easter Eggs into the characters we’ve gotten to know thus far. Here are some highlights of some of this week’s enjoyment: 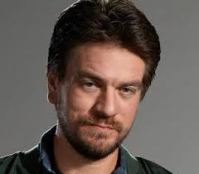 We get to see Chas again. I’m not 100% sold on the character yet, but getting to have him in more than two minutes of the show is fun-especially since his “hard-to-kill” power offers so much in the way of storyline. How and why are just the tip of the iceberg that I hope they’ll answer someday. But for now, I’m content that he appears and we get a display of this power. No spoiler here. It was almost funny.

I’m still delighted they’ve kept Zed as they have. They’ll hint at a “them” between she and John but she’s not just eye-candy, but offers some really neat segway’s for the storyline through her psychic gifts. We also get a little more on her backstory in this episode, so any hint is always appreciated.

We didn’t get any amazing performances from John this week, but it is hard to top last week’s show. What we did get was the return of Papa Midnite. While I didn’t care for the character the first time around, he was less cartoon super-villain this time. As plot summaries will suggest, he and John do team up to face this week’s foe. I found their interplay well written and performed. The show doesn’t force the philosophical, but just hints at it conceptually enough to keep things interesting.

Oddly, there was no appearance by Manny the Angel, John’s “handler.” After enjoying his role last week so much I was initially disappointed, but accepted it in stride. Maybe with the reappearance of Papa this week they didn’t want to overdo it.  This week’s segment was well thought out, wasn’t rushed, and had multiple plot lines that came to a nice conclusion. I didn’t have to strain myself to stay involved. We even get another peek into the “rising darkness” that keeps getting hinted at. I’m not sure if we should be getting more hints to this or not, but I think it won’t be enough to really grab people into committing to the show.

Overall, well done and worth checking out, especially with the ability to stream it – as I almost always do – on Hulu.